How to Sew Perfect Corners for Pillows 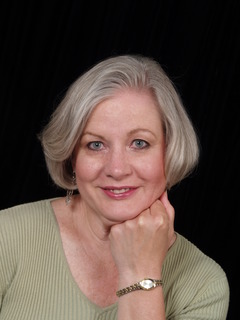 I've been attacking some of the 'projects' for around the house to spruce up for the Holidays and to get some items off my 'To - Do' list!  One of those has been to create some new pillows to go with a chair I just re-covered, and to brighten up a dull sofa. I love saving money - and from the scraps from my re-upholstery - and a remnant I picked up at a chain store, a little piping, some pillow forms, and an afternoon - I made three pillows that would have cost me probably $45 and up if I'd purchased them. Long ago, I learned this tip for avoiding the pointy 'dog ear' corners on a square pillow and I feel very "Martha-ish" every time I utilize the hint...(wonder if Martha Stewart even knows about this?!) ...sew I wanted to share. This little tutorial is not meant to be a complete 'how to' on how to make pillows - that is easily obtainable, rather I wanted to just add my two cents worth of little tricks.

Here is a quick pic of what I define as a 'Dog Ear' on a purchased pillow...

1. Cut the front and back the same measurement in size as the pillow forms. So if you're using an 18" pillow, cut your fabric 18" square. Do not add anything for seam allowances!  Now... if you're adding a zipper - allow a bit for that - depending on your insertion method, but for seams - add nothing! This will give you a very full, un-sloppy pillow. See far left photo below.

2. Shave off each corner!  By this I mean to fold the piece into fourths and then from the center of each side to the corner, curve cut so you are taking a cut 1/2" less at the corner from each side. When you do this, it will look like what you see in the 1st picture above.

I love piping on my pillows. Use a size in proportion to the size of your pillow. Use bias to cover the piping - and your zipper foot to snug up close to it. The second photo in the row above shows how you need to clip into the seam allowance to get around the corner as you stitch the piping to the right side of one of your pillow pieces.

As you then stitch the remaining pillow cover side to this, matching your outer edges, for big bulky piping as I used, I found that my trusty favorite Point Presser/Creaser tool came in very handy to squeeze down in front of the needle, making a type of 'trough' for the needle to stay in as I stitched close to the piping that, in this case, I could no longer see. I think you'll get the idea as you look at the third photo above.

Also - I realized that when utilizing a striped fabric, it would be best to leave open a side of the pillow perpendicular to the stripe, rather than parallel to the stripe into which to insert the pillow form. That way, when hand slip-stitching the 'h***' together you don't have to 'deal' with the curvature of the effect of the stripe parallel to the side - remember, you actually cut each side into a 'curve' - so a stripe will not follow exactly along a side anyway! See the fourth photo above. Sew...do as I say - not as I did.... leave open a side where the stripes come in perpendicular to the edge instead of parallel - it will be easier. Oh - and I leave a side open - I still stitch about two inches in from each corner anyway, as hand stitching an entire edge shut up to the corners is not an easy task.

Ta-da!  my finished pillows. Actually, if I'd had any loose stuffing around, I would have stuffed it into the corners also, and then the corners would look even better! That's what I get for cleaning out - I didn't have a bag of loose stuffing anywhere around. Grrrr.....

thank you , one I truly do need to know how too