A Wave of Sewing Jobs as Orders Pile Up at U.S. Factories 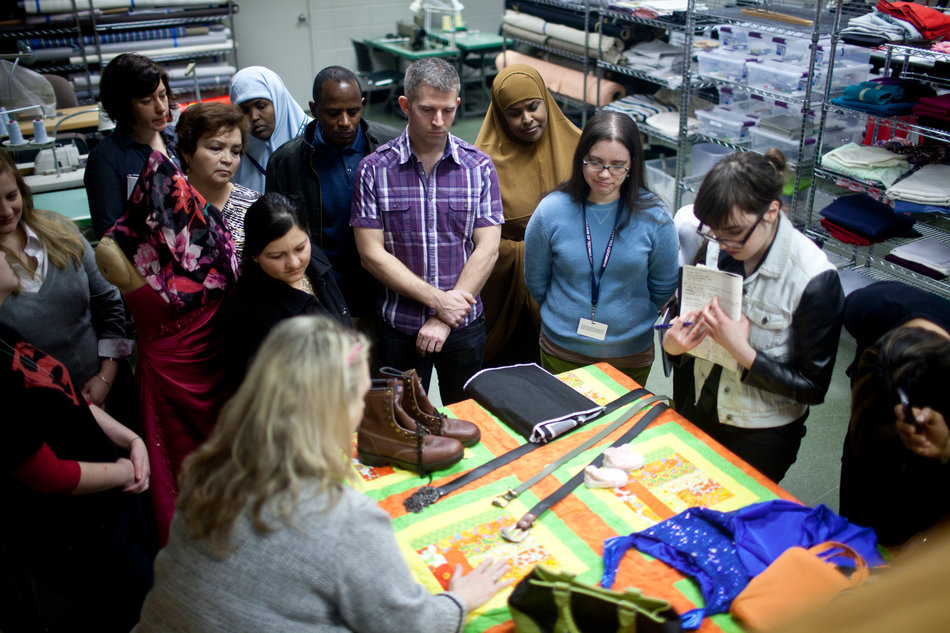 Ruth Kirchner, an instructor at the Dunwoody College of Technology in Minneapolis, Minn., showing students different kinds of fabrics and stitches.

MINNEAPOLIS — It was past quitting time at a new textile factory here, but that was not the only reason the work floor looked so desolate. Under the high ceilings, the fluorescent lights still bright, there were just 15 or so industrial sewing machines in a sprawling space meant for triple that amount.

The issue wasn’t poor demand for the curtains, pillows and other textiles being produced at the factory. Quite the opposite. The owner, the Airtex Design Group, had shifted an increasing amount of its production here from China because customers had been asking for more American-made goods.

The issue was finding workers.. [read on!]

Very interesting Karen.  Thanks for posting that.

Similar reports over here in the u.k. as companies like Mulberry move productions back from the far east.

"There is a need for investment in apprenticeships, training the next generation of skilled workers, and in equipping ageing factories to cope with competitive large-scale production.

Awesome article!  So many young women in the sewing groups I belong to could surely benefit from this!

How do you find a job sewing from home?:  Or are there any factories hiring in the L.A. Area?