"When I launched my Kai Scissors site several years ago, I was privileged to meet David Wolff, a gentleman who owns a wonderful scissors manufacturing and importing business here in the U.S. He taught me SEW much, and I've compiled it into this 'tutorial' that I hope you will find informative as well." - Londa

Is It a Scissors Or a Shear?

Scissors can only take one finger in each finger ring, but shears will allow more than one finger into the finger ring. A beauty or grooming shears is called a shears because it has a finger rest or 'tang' extending out that allows one to use two fingers in cutting.

Scissors are normally used to refer to cutting implements not more than six inches in length and the two finger loops are equal in size. Designed for lighter cutting tasks, they usually have one sharp point and one blunt point to prevent snagging fabrics. Needlepoint scissors have two extra-sharp pointed blades.

Shears are normally six inches or longer and the rings are sized differently - usually one round and one oval. Offered bent or straight with the bent format making it easier to cut material on a tabletop - hence the term "dressmaker" scissors. The straight format are more general purpose, and known as "household" scissors.

Who Makes What Brand?


At the American Sewing Guild Conference in Nashville July 2005, an instructor must have told her class that serrated scissors were best on sheers and that Kai® had a great serrated scissors. When they came in droves to my booth asking for these, I told them that I really didn't know of a Kai® Serrated Shears - and now I've checked with the President of the company that imports them and this is what I've learned....

"Kai doesn't make a corregated (serrated) scissors. Corrregate' is a US term, 'Serrate' is European. The only reason to corregate is to prevent the material from sliding. (I know this to be the case, as I've used the Gingher G-8Z, a serrated scissors on sheers in the past - it being recommended to me by one of our sewing 'celebrities'). This (sliding) is not a problem when the shears are sharpened correctly for the material being cut. An educated sharpening craftsman will sharpen both blades, and only hone the finger blade (top blade), when the material to be cut is slippery like silk, rayon, etc. If the customer is going to slide cut, then both blades should be honed (polished). Corregations are only necessary for hard to cut materials that are used in bullet proof vests like Kevlar or fiberglass. Because these are so abrasive and in the case of Kevlar they must be kept spread out to cut. The only place we sell corregated scissors is in industry cutting these materials. These materials dull scissors exrtremely quickly and have to be re-sharpened often. Lower price barber and grooming shears have corregations to hold the hair in place. When a scissors is sharpened corrrectly, it will last much longer without these corregations. Corregations on the blade actually chew into the other blade and reduce its life. (How true - I'm now on my third pair of G-89Z Ginghers). Corregations only help a poorly sharpened scissors except for reasons stated above."

Silky (see above under Who Makes What Brand? section above) is laser cutting the blades (like the KAI 7000 series), then they forge the outside shape in these blades. They are not as high a quality of steel as the KAI scissors.

The Difference Between Stamped and Forged Blades:

Forged scissors and shears are made using a hot dropped forged method (also knives). A bar of steel is heated red hot, then placed in the forging hammer (a press with 50 - 200 tons weights on it). The press is dropped onto the heated steeel that is in a die and formed into the shape. A forged scissors amost always has a metal handle.

Stamped scissors and shears are less expensive to produce - but not necessarily lower quality. The steel comes to the factory on a coil. The blades are stamped out. Handles molded out of a plastic are joined to the blades. The best scissors and shears from both Kai® and Wolff®USA are made in this manner. The issue is the quality and thickness of the steel used. Only the Kai® 7000 series of shears has full metal handles on a stamped scissors. This is 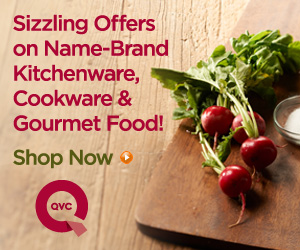 extraordinary quality - well worth the investment.

How Blade Hardness is Measured:

The Rockwell C scale (HRC) is what is used to measure the strength of steel. The higher the number, the stronger the metal.

Kai® and Wolff®USA are approximately 56-60 HRC.

I state approximately because each production run changes a little, Pakistani made shears vary greatly, and have been seen by my expert source as low as the 40's to middle 50's. They are not consistent.

Above 60 HRC, blades become too brittle and could shatter if dropped to the floor.

What Does "Ice" Mean?

Ice is not a brand, but rather part of the heat treating process to make scissors hard. After heating the stianless steel in a 1950 - 1975 degree furnace, scisors are put in -100 (that's minus 100 degrees very, very cold!). This process is called ice tempering and changes the molecular structure of the steel making it more durable. All high quality scissors and shears are ice tempered - even if they are not marked as such on the blades.

Does a KAI need to be sharpened?

All cutting tools dull with time, just some dull faster because of poor materials (steel and heat treating). We usually find that KAI will stay sharper two to six times longer than the competition because of the quality of the steel. The exception is a nick, like cutting a pin. That will damage any scissors.

A painted handle (most always black) is called "Japaning" because the Japanese were the first to paint the handles of scissors and shears.

Plastic Handles Are NOT All Created Equal

Kai® and Wolff® USA shears all have a chemical bonder between the handle and metal to prevent bacterial contamination. Good plastics include the Santoprene (Kai®) and Sarlink (Wolff®USA) - which are chemically the same), and ABS plastic. ABS plastic is the name for the plastic on most scissors like Fiskars. These handles can break with heavy usage.

So - for a genuine left-handed scissors, it is the opposite - when holding the scissors and looking down on the blades, the upper cutting one is on the left. You would be able to see where you are cutting because the upper blade is the back - or left hand side as you are working.

The placement of the blades (as above) is one factor. The handles are another factor. Handles are either right-handled or left-handled - obviously for the comfort of which 'handedness' you are.

The k-5210-L is a genuine left handed scissors with left handed blades - and will not work if a left-handed person is used to working with right handled scissors, as they will actually be pulling the blades away from each other - preventing the cutting action from taking place properly. Look for the term "True or Genuine Left Handed Scissors/Shears" on this website to identify other models that are left bladed and left handled.

If a 'Leftie' can retrain their hand to cut properly with a genuine left handed and handled shears (k-5210-L), they will be better off as they will be able to see where they are cutting.

Scissors is one of those unusual nouns that is both singular and plural in the same form: scissors. Another example is deer. You have one deer or several deer. You can have one scissors or a bunch of scissors.

Scissor (without an s) is a verb. Like you 'scissor' your legs across each other as an exercise.

"I am an avid seamstress and designer. After obtaining my B.S. in Home Economics from the University of Illinois, I worked in interior design, then managed a craft store - and along the way started to offer dressmaking as a way to sell more of the fabric I was selling from my home through Leiter's Designer Fabrics and House of Laird fabrics.

That led to publishing my own line of patterns featuring heirloom sewing for women in the late 80's. From there, 1990 found me opening my own fabric store/sewing machine dealership in 1990. Thirteen years later, I decided to 'come home again' - to live the normal life of a non-retail storefront owner, opting for the internet mode of retailing instead. 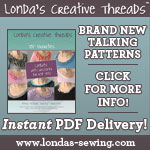 Along the way, with fashion morphing into a very casual style,I have developed a love for creating very stylish jackets from top quality, comfy sweatshirts. I've published my designs and techniques in first a CD, then a DVD, printed book, and patterns. Recent years have found me traveling to sewing expos, guilds and shops to both sell and to share my 'Creative Sweatshirt Jacket' techniques.

Above all, I love most to teach and share my designs and the techniques I've developed. I strive to do that and to offer top quality sewing products with friendly, honest, 'old-fashioned' personal service.

I offer weekly tips here at SWN - join the sewing tips group to get them!

I recently bought my first 3 pairs of Kai scissors and I really like them. No more Ginghers for me.

I have 2 pair of Kai scissors and my old Ginghers I now use to cut PAPER AND CARDBOARD! That says it all, doesn't it? I've told everyone about my Kai's. Bought them at the Sewing Expo in Puyallup right from David.

Thanks for this informative article.  As a leftie who owns a pair of Kai 5210L and Mundail tailor shears among my tools, I can attest that it is worth the investment of time to track these down and a pleasure to cut with.

Just as a point of note from England, we don't have a scissors, we always have a 'pair of scissors' or many pairs of scissors, we never have just one!  Interesting how language can change.  I had a pair of 25 year old Fiskars 'shears' for my sewing which stopped working and Fiskars replaced them without question - now that is service with a smile isn't it!  My favourites are my Ginghers though!

I've been sewing for over 50 years and didn't realize there was so much "science" behind scissors.  thanks for the clear and informative tutorial.