I finally finished making these lined pink drawstring Ballet Shoe Bags for one friend, so I cut out the lining ready for my vintage faux leopardskin coat... and now another friend has asked me to make her a bag for her daughter, using some Iconic Camper Van fabric!  The coat lining will have to languish a little longer! 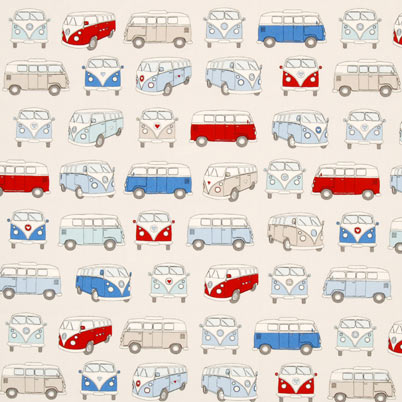 I found the perfect thing, a 100% cotton curtain fabric at Terry's Fabrics.  Now I needed a pattern.  I wanted a bag that would show off the fabric, and she wanted a bag with a flap for security. 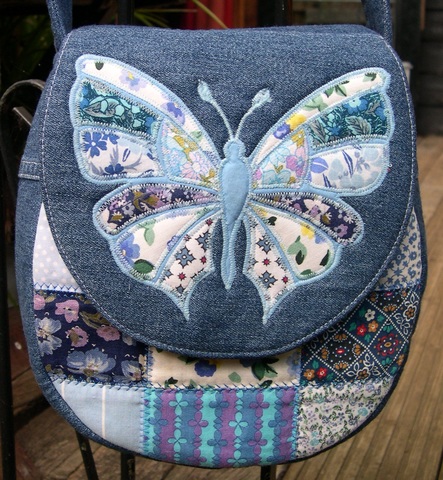 I had already been on the hunt for another bag pattern with a good sized flap to do an applique on (like my Butterfly Bag).  I remembered some Messenger Bag patterns from when I did a post on Bags for the Boys in the Sewing Bags Channel, and went back and re-read the post and comments. 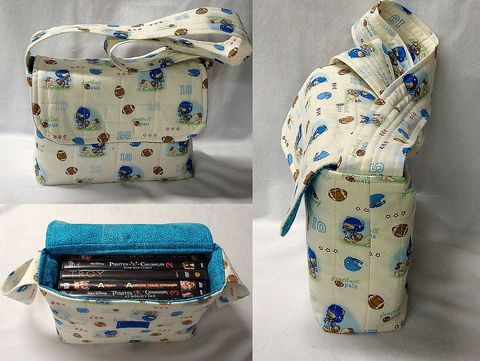 There it was in the comments, a fab bag by fellow member Sandra! She said she had used a free Kid’s Messenger Bag Tutorial from Zaaberry However, when I went to look at the tutorial, my eye was caught by the PDF Pattern on the side bar – The Mirabelle Messenger Bag – and I knew I had found the bag pattern I was looking for!  It’s a little wider, but a Butterfly would fit nicely on it, (or a dragonfly), and it would be absolutely perfect for the Camper Van Bag! 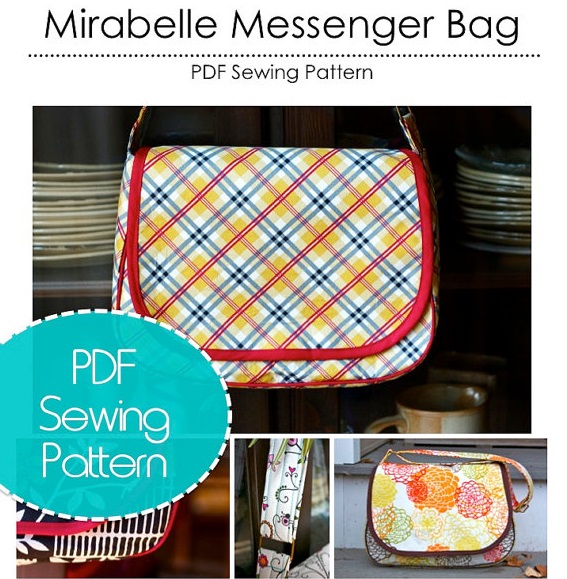 I have read the whole pattern through, and have only 2 amendments to make.  The first is that I have been asked to put an extra zipped pocket on the front of the bag, hidden under the flap.  The second is that think I would like to use piping on the flap instead of the bias tape.  The jury is still out on that though.

I have bought the lining fabric at my local quilting shop along with piping cord and thread.  Ruby used Wright's Maxi Piping and matching 1/2" Extra Wide Double Fold Bias tape which is simply not available around here, so I will have to make my own.  I have made bias tape before but never piping, so that’s a new adventure!

Hardware was a 1 ½” rectangle ring and slider which I bought from Samantha Hussey's Etsy Shop (aka Mrs H) as my stock ones were antique brass and I wanted silver. A silver magnetic snap, 2 zips and interfacing from my supplies completes the shopping list.

All I need now is TIME!