Last year I made this Memories Cushion for myself, inspired by Brian Haggard's book "Embroidered Memories".  The photo is of my son many years ago, and I converted the original colour photo to sepia for this project.  I have now printed the colour version of the photo, with the idea of a more Nautical Seaside themed cushion. The photos are not machine washable.  They are technically washable by hand but tend to fade away, so I wondered if I could mount the photo separately, and make a kind of photo frame cushion cover!  I made a faced opening and over-locked (serged) the raw edges.

I am using heavier woven ticking fabric, not the 'ticking effect' printed quilt weight cotton I used for my dad's Seaside Themed cushions (using patterns from Bustle & Sew).  I like both, but the real woven ticking gives a real vintage vibe! 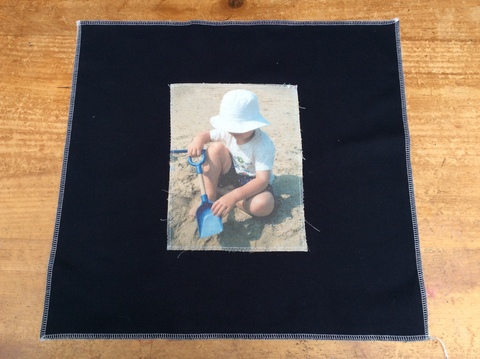 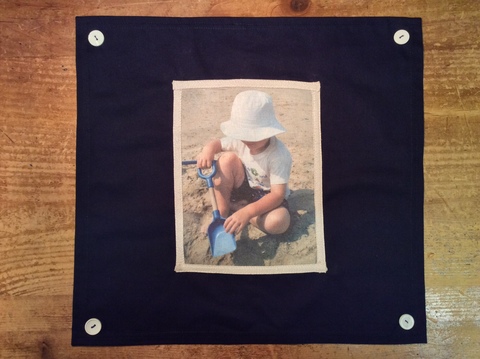 I decided to work round that by adding a strip of tape round the edges.  I worked out where the buttons needed to be, one in each corner, as I had the idea the buttons would poke me in the back if they were not out on the edge.  I measured and marked the positions and hand stitched the buttons on the inner backing piece. 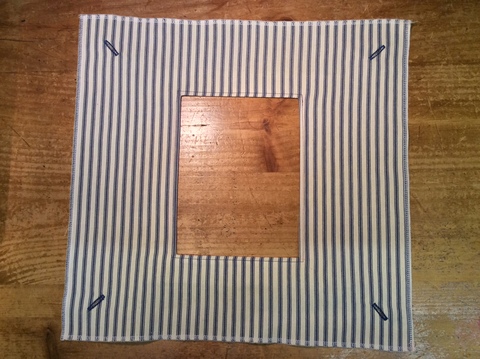 My Janome does automatic buttonholes using the button to measure the size.  This was convenient as I actually used four different buttons, and I had to be careful to keep them matched up as I went around. 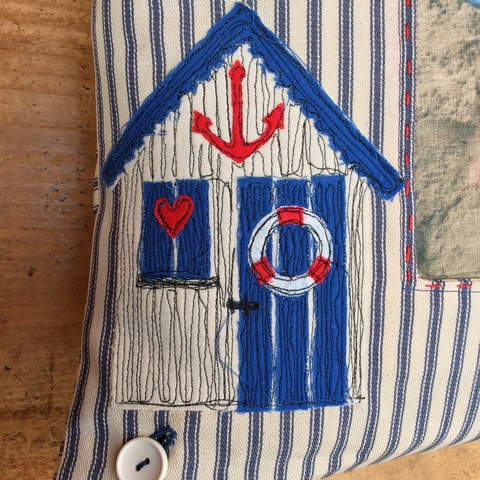 Once I was happy with that I added some applique designs; bunting, a beach hut and a couple of sand castles, complete with flags!  I used raw edge applique and free motion machine stitching. 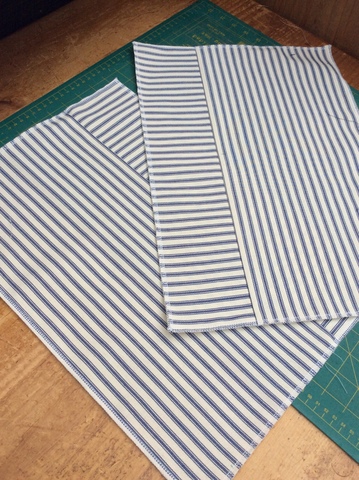 I cut two pieces for the envelope style cushion back and added a strip the other way round to make it more interesting, and save me having to match the stripes on the edges.  Then it was a case of joining the front to the backs, (with the photo removed so I wouldn't accidentally catch it in my sewing). Here it is assembled, but empty.. ...and now with the photo in, I think it looks great! 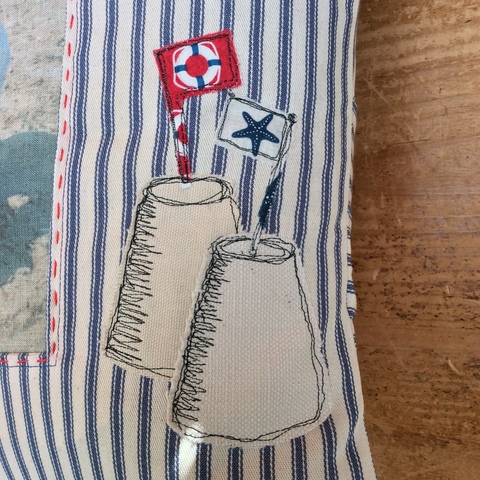 After sleeping on it I decided to use a little hand sewing round the opening.  It was the easiest option at this stage, and can easily be unpicked to remove the photo and wash the cover if necessary. 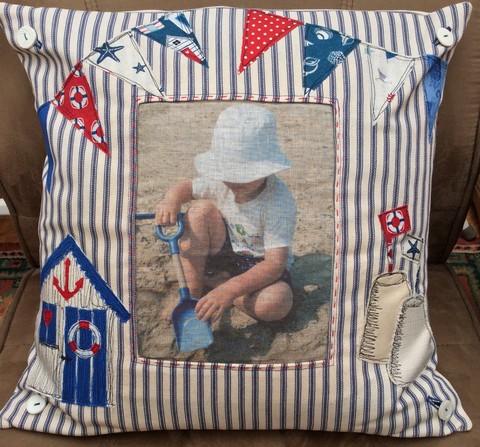 I guess that's why I'm not a designer, it would take a lot more thought and testing to make it work as I had envisaged it.  I am pleased with the overall effect, except I may have to go back and put a white backing behind the photo. 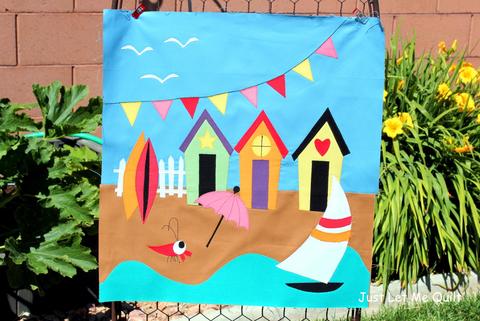 "A Day at the Beach" by Just Carol's Pattern Store