They do say be careful what you wish for!

In my previous post Ballet Shoes, Camper Vans and Messenger Bags I wished for more time at home, which I got by catching a really heavy cold, my first in years.  No way can I sew now until I am better, but I did get a few things done before I succumbed to the dripping, sneezing, sniffing and coughing!

I printed out the instructions, and read them all.  It’s not how I expected piping to be applied, but it made sense.  I printed out the Pattern pieces, pasted them to card and then cut them out. 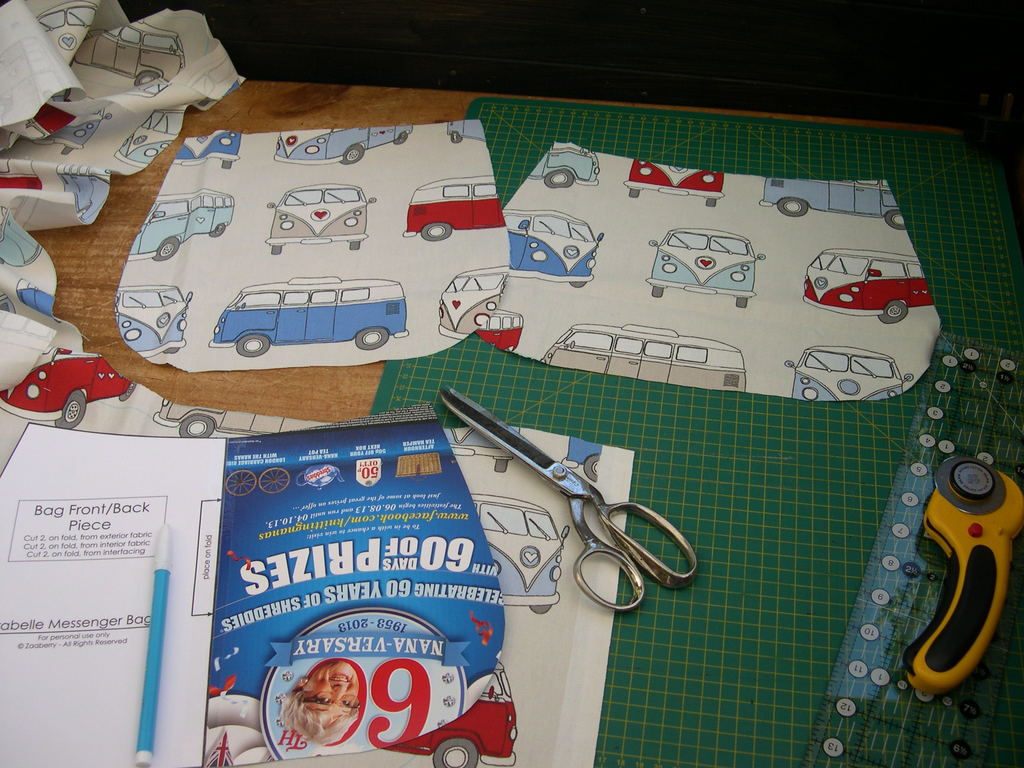 I played around with the pattern until I was happy with the position of the vans on each piece, then cut everything out and applied the fusible woven interfacing.  Ruby has used quilting weight cotton for the exterior and Home Dec weight for the interior.  I am doing the opposite as the Campervan Fabric is a curtain fabric and my lining is sheeting.

My main concern is the interfacing as I want a fairly firm finish.  I have applied fusible woven interfacing to the exterior as although it is not flimsy, it is a fairly loose linen-like weave.  I could add something thicker but I am worried about the affect with the piping.

Normally I would use fusible fleece for the lining as it adds a nice sponginess, but I am wondering if I should use a firm sew-in there instead.  It worked well in Erin’s Zip and Go Bag, and attaching it to the lining avoids problems with the piping.

I think I will have to wait and see how well the exterior stands up by itself before making that decision, as it still adds bulk when the lining is stitched to the exterior. 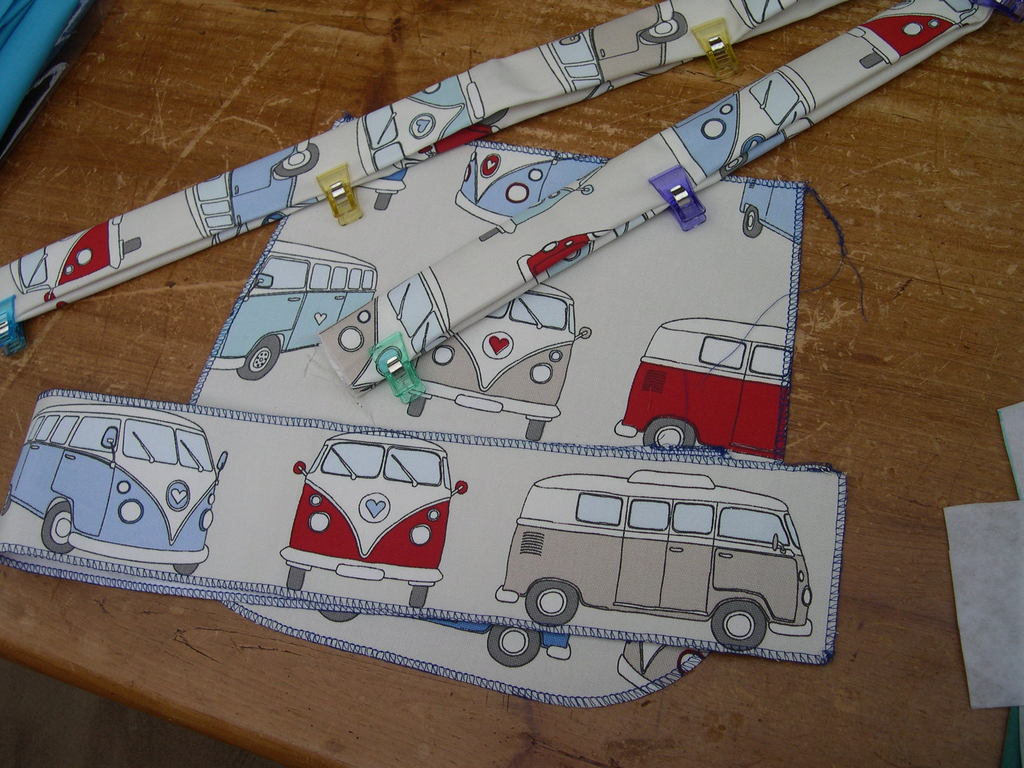 I prepared the strap, ready to stitch, and overlocked all the raw edges.  Do you like my sewing clips?  Pretty aren’t they.  They are not Clover’s, I bought them from Lisa Lam’s U-handbag shop as I could get 25 for just £14.99 or 50 for £27.  They come in lots of different colours, in pastels or brights. I found some turquoise cotton for the lining, as per my brief.  As there is no turquoise in the outer fabric I chose to use a different blue for the piping/bias rather than match the lining. I may play with the pockets inside too and add a slip pocket as well as the zipped one.

I bought the hardware and found zips for the pockets.  Yet another shade of blue!  I got the 1½” silver slider and rectangle ring from 'Sewing Patterns by Mrs H' in Etsy (aka "At home with Mrs H") I made my piping.  I chose a blue to match one of the colours in the campervan print, with a good contrast to the turquoise, and decided on a thick cord.   I used the piping foot on my overlocker to make the tape.  I needed 1 1/2" bias strips to get around the cord and leave enough for the seam allowances to be trimmed by the blade.    I’m pleased with the results,  I do like to use my gadgets and accessories! I pinned the piping in place and stitched it on using my universal zipper/piping foot.  I did try it with the normal piping foot but it was too thick… 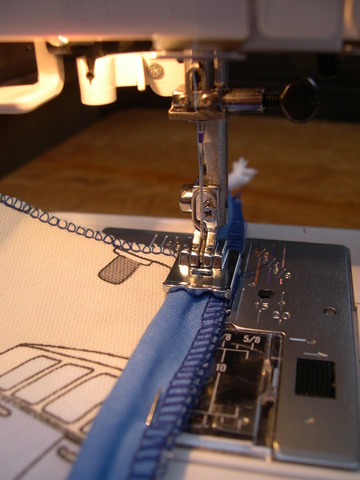 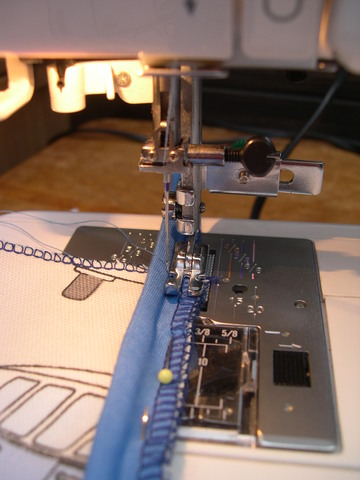 I hope to be fit to sew again by the weekend!