Discovery and Evolution of Silk Fabrics

Silk fabric is one of the most common and known fiber on which textile industry is primarily dependent. It is natural protein fiber, some forms of which can be woven into textiles. Silk fabric is such a fabric which is made from threads and it is spun by the silk caterpillars. Silk caterpillars live on some specific tress and eat their leaves to live. These tresses are cultivated in order to cultivate these worms. Mulberry silk worm is one of them and most famous among them because mulberry silk fabric is one of finest silk made used for cloth manufacturing. The silk moths make their cocoon. Before hatching of silk worm into moth the cocoons are soaked in hot water to produce filaments. These filaments are then spun to form silk fibers which are processed to silk fabric.

There are many types of silkworm from whose larva and cocoons silk is being made. But the superior kind is Bombyx mori which is known as mulberry silkworm. The process of cultivating silk worm is called sericulture. 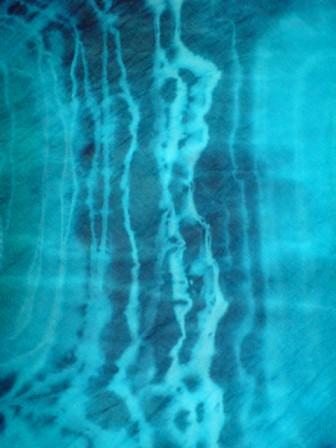 Silks are produced by many other insects but the best quality of silk is produced from moth caterpillars. This silk is used in the textile industry mainly. There has been some research into other silks, which differ at the molecular level. Silks are mainly produced by the larvae of insects that complete metamorphosis, but also by some adult insects such as web spinners. Silk production is especially common in the Hymenoptera (bees, wasps, and ants), and is sometimes used in nest construction. Other types of arthropod produce silk, most notably various arachnids such as spiders (see spider silk).

If the history is looked at then it can be seen that a variety of wild silks but produced by mulberry silkworm was first woven and used in china, south Asia and Europe. But it was very limited in use and production and it was not silk fabric. Silk fabric was first developed in ancient china as early as in 3,500B.C. It can be proven from the geographical, cultural and other instances and historical evidences. But gradually for its fine texture and luxury fabric and natural luster the use and fame spreads beyond china. Silk rapidly became a popular luxury fabric in the many areas accessible to Chinese merchants because of its texture and luster. Silk was in great demand, and became a staple of pre-industrial international trade. Not only in china but in India also the evidences of sericulture have been found by archeological survey. In Thailand also many instances are found which proves the use of silk fabric. Moreover in Thailand many cultural and mythological connections were also found with silk.

Silk fibers from the Bombyx mori silkworm have a triangular cross section with rounded corners, 5-10 μm wide. The flat surfaces of the fibrils reflect light at many angles, giving silk a natural shine. Silk has a smooth, soft texture that is not slippery, unlike many synthetic fibers. Silk is a poor conductor of electricity and thus susceptible to static cling.

It is ironic that you posted this information. I had recently read an article in regards to the silk threads and the creators of this fiber the silk catapillar. This article left me in a quandry. Subject being " Sew a little Greener with our guide to organic and sustainable fabrics" from Interweave Stitch Magazine, Special Issue Winter 2008.

It read "Peace silk, wild silk, or vegan silk. Silk --ahhh. Sadly, conventional silk production uses silkworms that can't survive on their own, and they are killed during production. Silk made by worms that continue to live and breed in the wild is called by various names, but the fabric is stunning."

? If the cocoon is the source for creating the silk how are we being green simply because one chooses collect them from the wild? There is still mortality whether we "farm raise" or gather them from the wild do we not? Or am I totally off base on this subject?

Thanks for sharing this information.