How automatic buttonholes will save me from flashing my underwear in future!

Well it all started with this little sleeveless silk top I bought in a bargain basement in Boston, US a few years ago.  Its was a bargain except the button pulled over my bust - which is not ample!  So after languishing in the back of my wardrobe I dug it out and wore it last week.  It wasn't until I left the Butchers that I glanced down and saw it had come open and given the poor man an eyeful of black bra.  I decided then and there it was time to remodel it! First I tried removing the buttons and rolling the button stand over for more fullness.  Then I pressed it and put the buttons back on.  Better, but unfortunately it still pulled because it was the other side that really had the problem. No easy fix then.

So I had to cut open the buttonholes, iron black interfacing underneath and use zig zag stitch to seal them up both on the front and the facing.  I rolled the facing out, pressed it straight like it should have been in the first place, and marked the new buttonhole positions.

I had to dig out my instruction book as although I have had my Janome DC3050 2 years now this was my first attempt at using the automatic buttonhole feature.  The button fits in one side of the special foot, so it knows how big to make the buttonhole. It was absolutely brilliant and so quick and easy! Here it is with a button slotted in place. 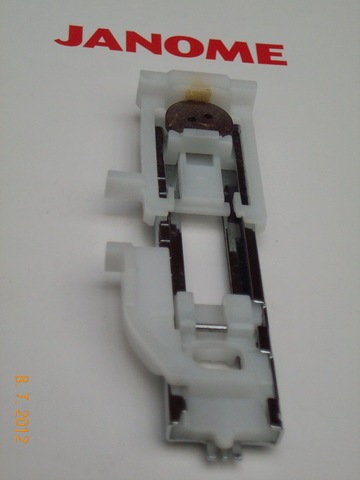 I would point out the top is a black and white jazzy animal print, so my zig zag stitches don't really show, unless you know to look for them.  In fact you can hardly pick out the buttons!  Now I can wear the top without further embarrassment.  I didn't notice until I left, honest. I was so thrilled with the buttonholes, I decided to create a sampler of all the automatic stitches available on my machine.  I have used some of them, and the diagrams are good, but you can't beat the real thing. 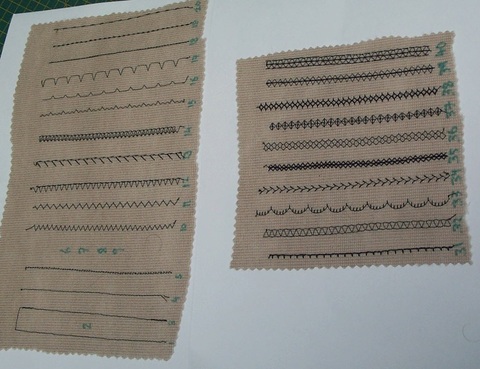 So now I can refer to my samplers when I want a certain effect. 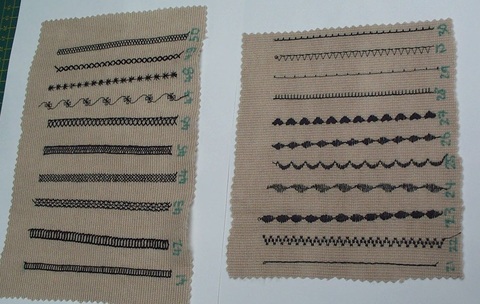 Flashing the butcher may have made his day, but a successful bout of sewing made mine!