I bought this course with Steffani Lincecum a while ago, and finally felt ready to try it.  The item I am going to rub off is a simple sleeveless blouse, with a box pleat in the centre of the back, small gathers into the shoulder seams instead of darts, and patch pocket.  It has a narrow hem that is dropped at the back.  It is made from a lovely smooth draped viscose/rayon fabric that I probably won't be able to match.  I love the way it hangs at the back, but have never liked the shorter front.  It is lovely to wear when it is hot! 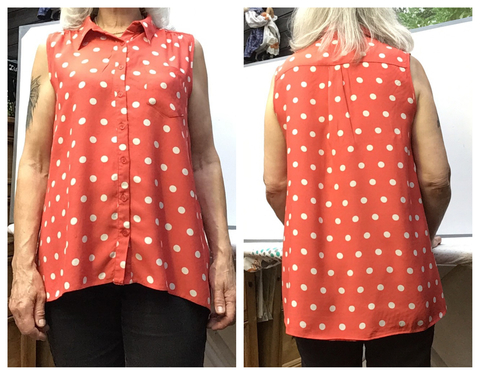 However, it does have a few features I have never tried before;

I made my pinning board from 3 sheets of core board (used for things like 'For Sale' signs) bound together on the corners then the edges with duct tape.  I bought a roll of heavy duty brown Kraft Paper but when it arrived it wasn't the shiny pinstriped paper I was expecting, but more of a grey speckled finish.  This wasn't a problem until I realised I couldn't see the pin marks on it!  Following Steffani's suggestion I tried push pins instead and they were easy to see.  Happily the blouse I am going to 'rub' isn't a delicate fabric that would be ruined by push pins. I did manage to track down and buy a clear flexible ruler like the one she uses in the course here, which I found very useful.  I had already got a tracing wheel with needle points so I made a start.  I actually found sticking the pins in very satisfying and enjoyed the course, especially the 'Eureka' feeling of getting the fullness back in and the pattern piece assuming a recognizable shape! 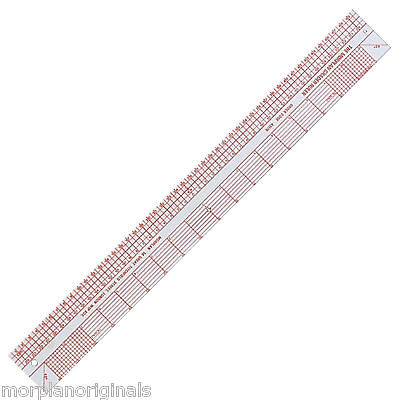 Once I had made my muslin out of some sheeting and tried it on I was happy with the fit, there was nothing to change on my pattern pieces for that.

So then I unpicked all the basting and started again, this time constructing the entire blouse so I could practice all the new-to-me features and write down the instructions. I had decided one of the first things I should do is stay stitch around the neckline and armholes.  Then I got busy and forgot all about it, but it is written in my instructions for next time!  Steffani suggested doing everything that could be done while the pattern pieces were still 'in the flat' so I constructed the box pleat in the back first. 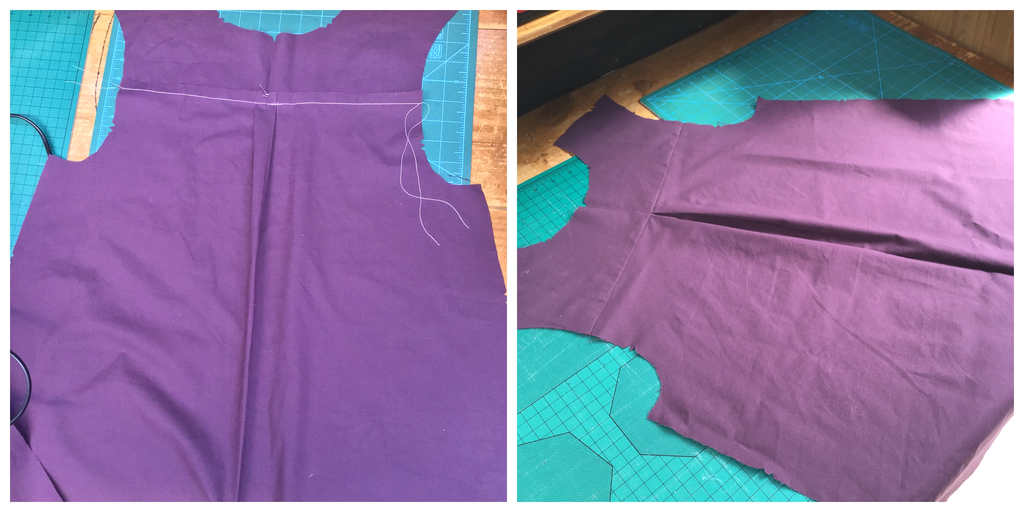 Next I added the patch pocket and gathers to the front.  Then I searched and found Professor Pincushion could talk me through the shirt yoke, button placket and collar stand. (Videos posted at the end of this post!) 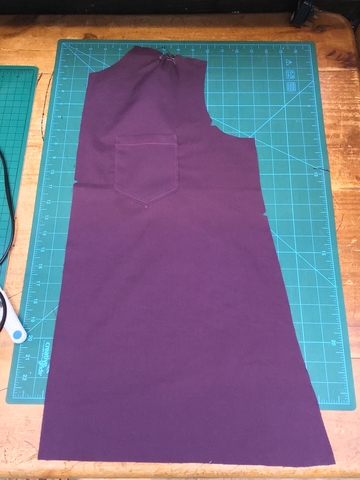 The button stands could be added whilst the pieces are still in the flat so I started with them.  I added fusible interfacing as per the instructions though I was not convinced the blouse I was copying had any. I made the back yoke, also with interfacing, then I went on to make the collar and stand, then add them to the neckline.  This went better once I realised I had the stand upside down!  The pattern piece is now marked with "Top - attach to collar" and "Bottom - attach to front and back" but I messed up on the button stand when I trimmed the seam.  I need to try turning it out before I cut anything off next time. 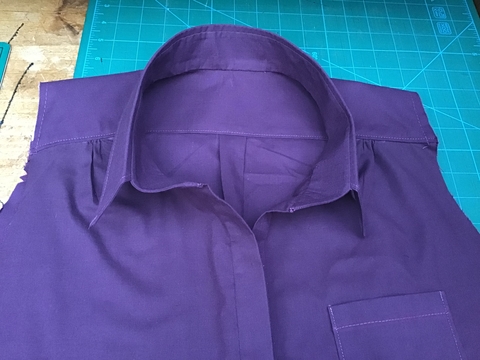 I sewed the side seams together then went on to binding the armholes.  I have always struggled with double fold bias binding, I can never get the stitches to look good on the inside.  I watched the video by Sew Over It and felt she had glossed over a lot of things I wanted to know!

I made my double fold bias binding for the armholes with 2" strips and my handy gadget, but I found that when I pulled the binding through the maker and pressed it, the first couple of inches were not the same width as the rest?!?  I had to go back and try to correct it, and I suspect my finished tape was not as perfect as it should have been as a result. 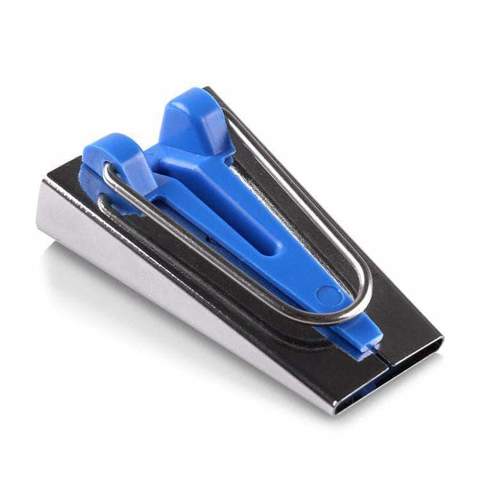 Rather than simply measuring and then sewing the ends together, I had to pin my tape round the armholes to mark where they met, then sew them together.   Despite the inside being fractionally bigger, my stitches still slipped off going over the seams (where there was a bit of a 'bump').  I will just have to be more careful when I make the final blouse or find a better way to do it like maybe hand stitching it on the inside like I was taught. When I tried it on the binding was too wide and it made the armhole too small, so I need to make narrower binding too. Now I went back to the button stands, adding the edge stitching (I like to use my stitch in the ditch foot with the needle moved over) then using my automatic buttonhole foot to make all the buttonholes in a continuous chain on one side then getting my machine to sew on all the buttons on the other side.  So much quicker than doing them by hand! Finally it was time for the hem.  Mine is not the narrow hem I had intended because of the instructions for turning it up at the bottom of the button stand.  I am not sure if I could adjust that, but I am happy to have a slightly deeper hem. Comparing the two blouses I can see that my collar stand ended up wider and a slightly different shape, so I will have to got back and check it.  As for the interfacing, it made the button stands, collar and collar stand all far too thick and stiff, so I will either have to leave it out or try woven interfacing instead to make it more soft and unstructured. 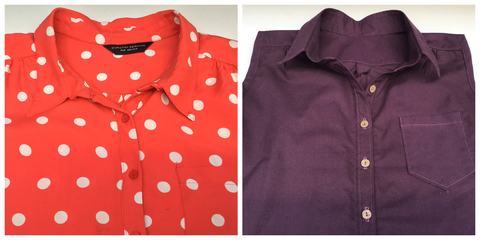 So here is my completed dry run copy.  The only structural mistake was that I got my back piece around the wrong way so I have an inverted pleat instead of a box pleat, but to be honest I quite like it! It doesn't hang well being sheeting rather than viscose (rayon) and as I said the interfacing makes it too stiff, but I got the techniques okay. 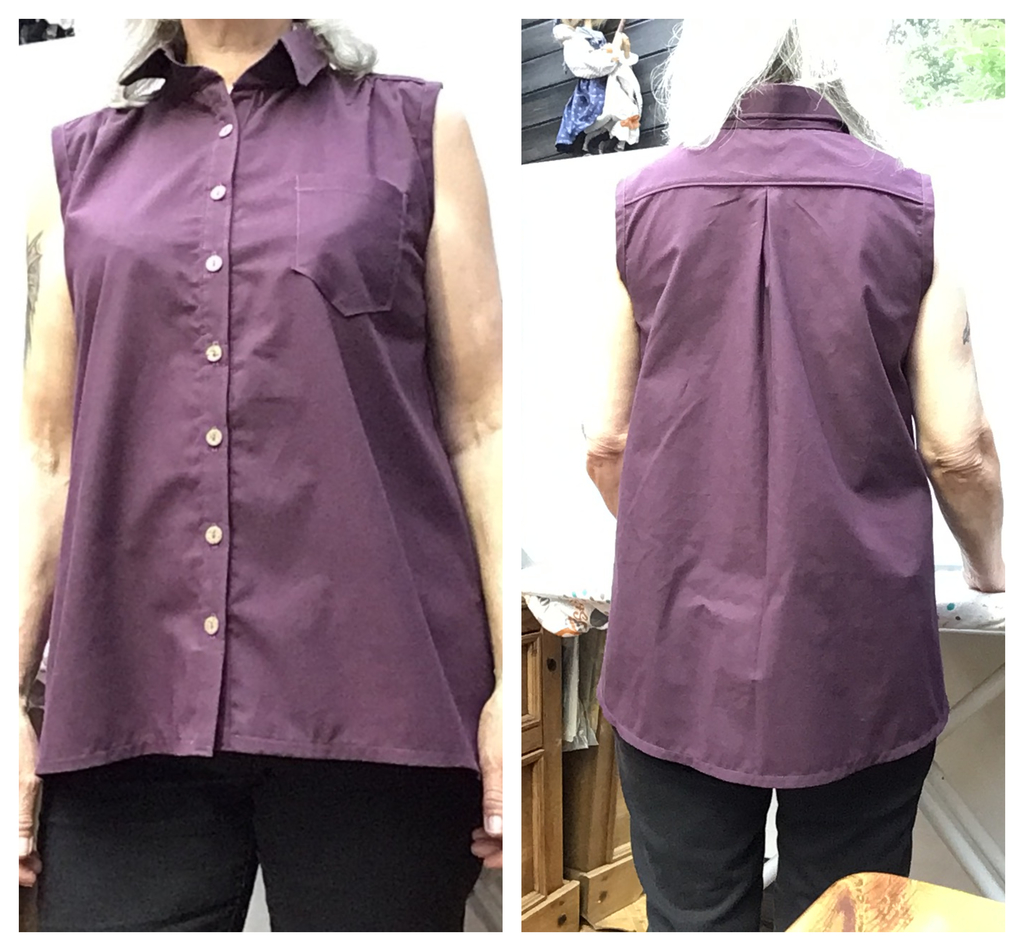 My chosen variations for my 'actual' blouse will just be to make the front hem the same as the back, shirt tail style.  I am pleased that overall I appear to have got a pretty good copy, and can now try and find a suitable fabric for my 'actual' blouse.  That is the only downside of buying fabric on-line, you can't feel it unless you get a sample, and sometimes they are really tiny!

You did a great job!!!!  Much Better than I did  when I tried from someone else's directions. Think I'll try again using push pins and make a pin board like you did. That would be a lot easier than a cardboard cutting board.

I have never seen the kraft paper you mentioned with the shiny side, but I have used white freezer paper that has a thin vinyl bonded to one side. It worked really well.