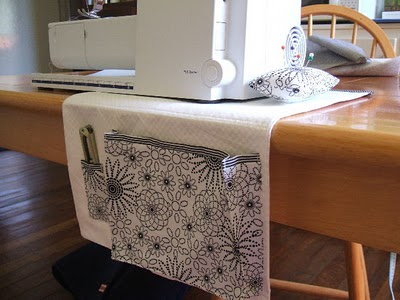 This is a must have for every sewer! "mellebugandme" developed this very organized and well thought out tutorial.
What you will need:
• 3 different coloured
fabrics

Flannel out my ears!!!

Back from a week long trip to Houston. I took advantage of the time by looking at several fabric stores. Joann fabrics had half price snuggle flannel, and now I have flannel coming out of my ears! I use it a lot, though, in burpies, bibs, soft outfits for Noah, etc. The blouse that I draped on my dressform is still there, not a new stitch has been added. Noah's birthday party presented a dilemma....could NOT find the gift I wanted to give him, so I had to order it. I wanted to… Continue

Holy Frijoles! The Opportunity of a Lifetime! 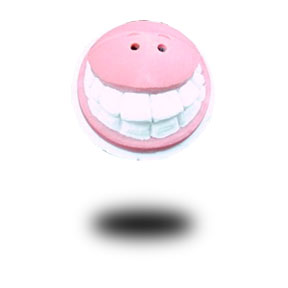 I am so blessed! As y'all know, I've been looking at investing in an Embroidery Machine. Through a friend, I was introduced to the sweetest girl who has a machine she possibly wanted to sell. Without going into the long story, she really wants to keep the machine, but doesn't know how to use it and cannot get around to go into the store for lessons. Well, after talking to her, I received the most generous offer ever...I'm bringing her machine w/ all the extras to my…

How to make fabric greeting cards 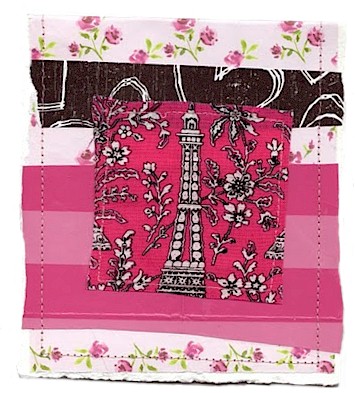 Learn how to make personalized and unique fabric greeting cards with this tutorial from "belle & burger". Never buy paper cards again! This is an excellent way to use up those scraps. If you've… 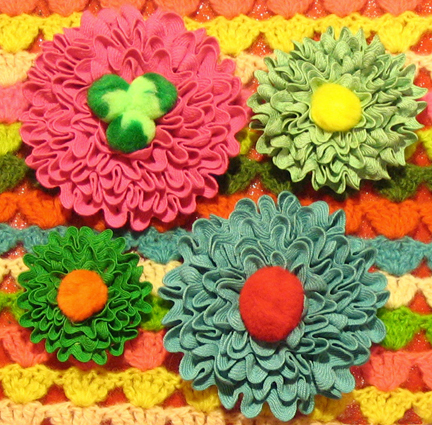 I'm not sure if this is applicable to anyone else but I can't find things lately - hubby says it is because I have too much "stuff" for my crafts but that is not the word he used! I'm looking for my Leisure Arts Leaflet # 3119 Babies Don't Keep Cross Stitch Pattern to make it for a friend who is expecting - can't find it - did I lend it and not get it back - I ususally keep track but hey I did lose my button tin that I lent - friend says she gave it back but it is nowhere to be found, had… Continue

I am a mother of 3 also a housewife . I enjoy sewing. I have been sewing for about 20 or more years off and on.

Tanner has worn his boots and since he will be here, I will get a photo of him wearing them out in the snow.

Valentine Wreath Hearts are being stitched up with specific designs for each cloth and the fancy cutting after stitching is ore satisfactory to me. Since they will be outside, I have been thinking of Scotchguarding them against the "road dust" etc.

The covering for the swing is working out beautifully. I am so glad that I took the time and fabric to do it.
It would… Continue

Spotlight: This artist composes with cloth 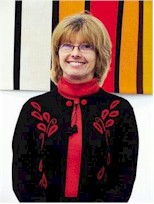 Any quilt is a miraculous feat of human dedication and creativity. Nancy Crow's…
Continue

Nice to meet you all.

Hi, my name is Masko, originally from Japan and have moved to the States in 2003.
My family and I first lived in New Orleans, LA, where my husband is from.
But within 2 years the hurricane Katrina hit the city and we had to relocate to Memphis, TN.
I loved it in Memphis. When we first evacuated there with nothing but some clothes, the local quilters generously donated scraps of fabrics, handmade pincushion, basic sewing supplies and got me ready to…
Continue

I would like to make my own fabric labels for personilizing my handcrafted sewing items. I have checked the prices of them and they cost a fortune. Has anyone made their own or know of a tutorial to make them?

I would like to know if you anyone would know where I can find a size 18 sewing machine needles ?

Make a Hat & Mittens from a Sweater (patterns!) 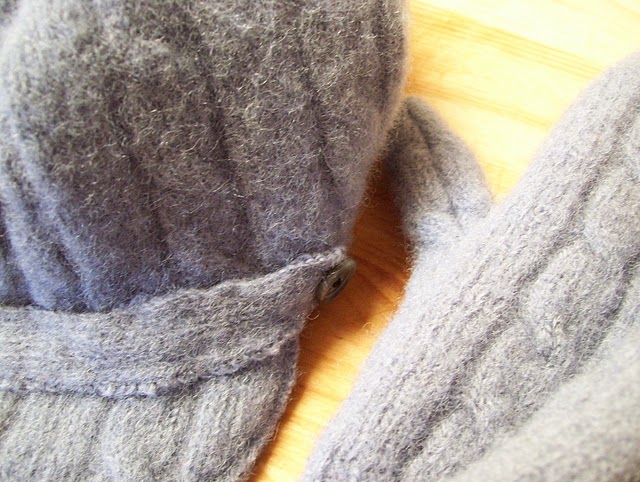 Here is a (very) basic pattern for hat and mittens set that Trish from "Simple Up" made from a felted cable-knit sweater. -- note that she's only allowed for very small (approx. 3/16 inch, or 4 mm) seams, since felted sweaters don't require finished edges. Check out the patterns and instructions… Continue

Back in the saddle again, I hope!

I am ashamed to say that my sewing has been hit and miss for a solid year now. I have my grandson and daughter in the house with my hubby, myself, and my son. I never IMAGINED there would be so much difference just by putting one small baby in the mix of things. He has stayed sick most of the time since he was born, so granny puts sewing on hold because Noah needs to be rocked. I rushed to embroider a name and business on 5 denim workshirts for a friend. I made Noah a pair of flannel pants (had… Continue