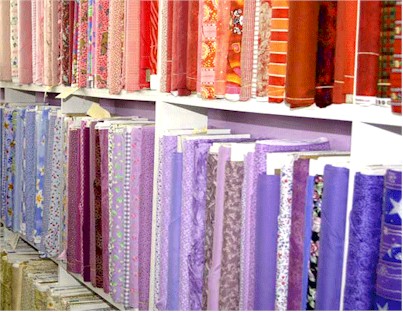 A Little About Moda Fabric...

Moda is a leading US manufacturer and distributor for designer quilting fabric. Moda fabrics are not only sought after in the United States but also by avid quilters in Australia and Europe. What sets Moda apart from other quilting fabric manufacturers? Why do consumers, especially quilters, prefer Moda Fabric? Let's examine some of the unique aspects of Moda. Moda has built a wonderful team of fabric designers who are extremely talented. Just to name a few: Chloe's Closet, April Cornell,… Continue

Making a Quilt Using Your Printer 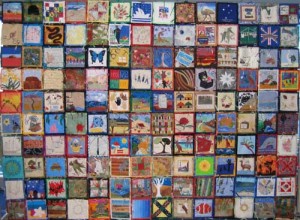 For a meaningful, fun project why not make a quilt using your printer? All it takes are some inkjet fabric sheets, an inkjet printer and some favorite photos to make a quilt full of memories. The fabric sheets are permanent and machine washable and your photos are going to look great on them. It is really easy, fun and fast to create your own quilt pieces. You should be able to easily find the special fabric sheets at a fabric or quilting store and probably in most craft or hobby… Continue 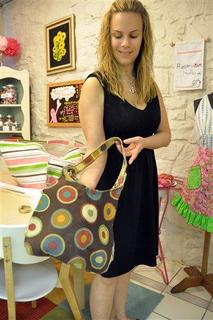 By ARELIS HERNANDEZ The rules in the sewing lounge read like metaphors for good living: Know where your fingers are at all times. No running with
scissors. Look before you cut. For sewing teacher Abby Wright, gliding a needle through a piece of fabric is a life skill in every sense. "Some people will focus on the wrong thing trying to get it perfect," said Wright, 27, who was… Continue

Over and above a sewing machine, here is a summary of my list of the top 10 must-have items for a beginner's sewing kit. You can view the full blog post over at my blog.

Can anyone out there tell me what penny machine is. I am working on quilt block purse that ask me to Quilt fused pieces and then Penny Quilt lines 1/4"to each side of each seam

by
JoAnn Connolly Picking the right sewing machine can be overwhelming, to say the least. Read on to make the process easier.

In
Part 1, machine categories were covered. In order to know which category you should be looking at, you need to figure out: A: what your budget is and B: what you’re going… Continue 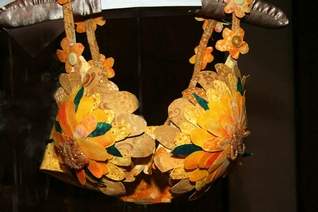 power of 50 bejeweled, laced and feathered bras. The idea was simple, really, says Baker, a quilter and former president of the statewide quilters group. Every year QSC chooses a project to raise money for a specific cause. The group, which has members… Continue

Swap and sew - A closet full of clothes but still nothing to wear?

The "Swap-O-Rama-Rama" is a clothing exchange with a twist that promises creative -and eco-friendly - results.

Trade your too-small jeans or bought-on-impulse top (with the tags still on) for someone else's cocktail dress worn only once.

My first project a scrub top

All cut out and ready to sew...that's the part that is not going well the sewing! I give up for tonight will hit again tomorrow! need advice

I have and organ needle and I wanted to know wither or not in can be use in an embroidery machine ? And do you know of anyone down here in sewing clubs here in florida ? I am looking for some hoops that you can use on the embroidery machine , it snap in kind.

Thank for your time..
Jennifer

I also have a couch waiting to be covered. Thanks for the info

SWAP (Sewing with a Plan)

For those of you who aren't familiar with a SWAP. The first time I heard of this was in Australian Stitiches Magazine.

SEWING WITH A PLAN


We have all had this problem at one time or another:nothing in our closet works together. All we seem to have is a lot of unrelated garments; if we were to pull everything out and put it into outfits, we might have two decent ones. Everything else is the wrong style or color or we just don't like it anymore. (We won't even… Continue

Help!!!
I have developed a really horriable allergy to the sun!!!! and I need to wear gloves! any ideas? patterns????