A little more about me

Hi everyone. I just started two new quilts. I love stars and with left over Thimbleberry fabric I'm making one with different color stars. So far I have 8 eight inch squares completed. I'll show a pic of it later. I'm not sure how I want to join the squares yet.

I also started a Christmas Quilt. I like working on a couple at the same time. Once in awhile it seems like nothing goes right while working on one of them so I change over to the other one. I'm pretty sure this happens to a… Continue

Gathering is the sewing technique used for many applications in different sewing projects. Ruffles are an example of gathered fabric, as are puffy sleeve caps. Gathering is accomplished by first applying long stitches, called basting, and gently pulling up on the threads to gather the fabric. 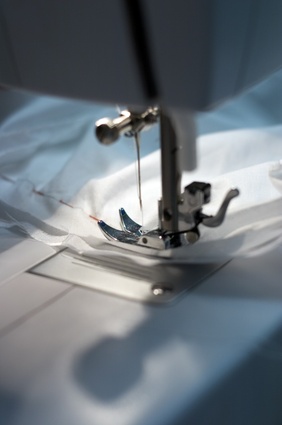 *To machine baste, set your sewing machine to its longest available stitch length. *Stitch this basting stitch along where your seam line will be, on most commercial patterns 5/8… Continue

How To Sew A French Seam

Many sewing projects that you encounter will have you sewing two panels of fabric together creating a seam. Unless you have a serger, the edges of your seam are going to be ragged and possibly unraveling.


If you're sewing a lined drapery panel or sewing a pillow, or a sewing project where the seams will end up being hidden, then the ragged edges are no big deal. 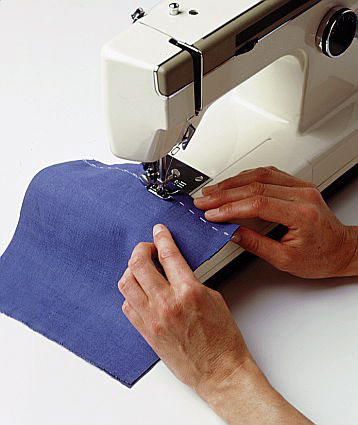 But what if you plan on sewing a sheer drapery panel? Those seams would look unsightly. What do you… Continue

I was wondering what you do with the panels that are for sale. I bought one it has a large picture in the middle and four smaller pictures two on top and two on the bottom. They are a Fall theme. Do I cut them up and then put together with sashing, batting, and backing. The pictures are thrimed around with a black band. I was thinking that I should cut them up and make a wall hanging and possibley two table squares to sent on the table. Let me know what you think and thank you. Nancy Jean

wiling away the day in a sketchy way

With a little writing and a little sketching, Nora Andrews came to be… I just purchased a beautiful, used boiled wool jacket from Austria on Ebay. The quality is excellent. The only problem is the sleeves are too short! Has anyone had any luck stretching thick boiled wool? I thought I'd wet the sleeves with a little water and hair conditioner mixture. Any ideas? I've had fairly good luck with regular wool sweaters because I'm patient and spend a lot of time streching and pulling before they dry.

pretty paintbrushes and the princess of tiger lilies

Once again that special day
Came along in its special way
With gifts & cards & lots of cake
To leave a little belly ache
When mixed with just a little wine
Bubbling in the bright sunshine
So nice to get outside and play
And to feel mostly normal, almost anyway