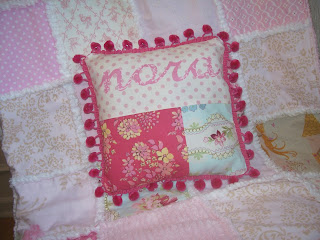 Free Pieced Hearts are easy. Here's a little tutorial by "Pleasant Home" to help you along.

Andie Johnson loves yoga. She finds it soothing and energizing at the same time - something she finds she needs quite a bit.  And now, she has a good reason to go to class more often - to show off her lovely handmade yoga mat bag!
what you need to make a yoga bag:
Continue

Emily and Jen Burker flipped through the pages from their fashion look book for dolls, pointing out one-of-a-kind designs and exclusive dresses made for family and friends.

Every outfit has a name and a back story. They paused and giggled at the picture of "The Shepherdess,"…

NEWS: Handmade clothing is having its fashion moment

Tracy Nesdoly
Special to the Star

You might not think that chunky sweater Grandma gave you for Christmas is on the cutting edge of fashion, but you’d be wrong.  The handmade, mistakes and all, is having a major moment...

No less an arbiter of style and trend than Phoebe Philo, Céline’s creative director, made news with her spring 2011… With all of the snow so many of us have received over the past few weeks I thought a tutorial on gaiters would be helpful. From Wikipedia: "Gaiters are garments worn over the shoe and lower pant leg, and used primarily as personal protective equipment; similar garments used primarily for display are spats. Originally, gaiters were made of leather. Today, gaiters for walking are commonly made of…

How to Sew Bias Tape Around Corners 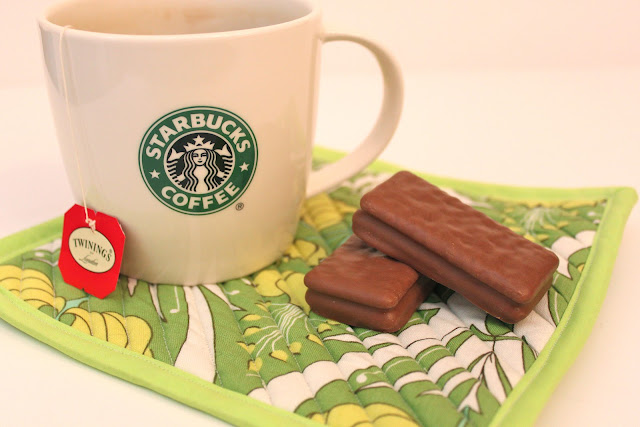 Maggie of Smashed Peas and Carrots developed a great tutorial teaching how to attach bias tape to corners. She uses lots of photos to demonstrate her technique while binding a mug rug.

Turn a Shower Curtain Into a Waterproof Zippered Pouch 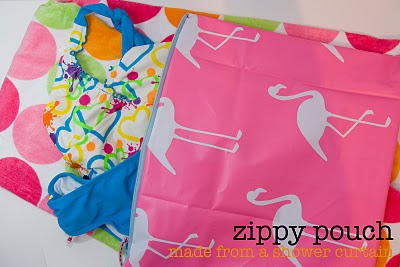 When I saw the title, I wondered how big this "pouch" would be?  As I read with interest further, I realized that the pouch can actually be as big as a diaper bag.  This pouch is perfect for carrying wet or dirty clothes such as swimwear or that little waddler “accident.”  I'll admit I never really considered a shower curtain as sewable fabric before... but…

I really wish I had been able to do this with my jeans when I was pregnant.  Alas I was not even willing to get close to a sewing machine at that time - and so, I suffered with a copper button jabbing into my stomach for most of my pregnancy.  However, Jessica of "Running With Scissors" was a lot smarter than I was and she figured out a way to alter her regular jeans and turn them into some really comfy maternity jeans with some 2" elastic, and some…

How to Miter Corners 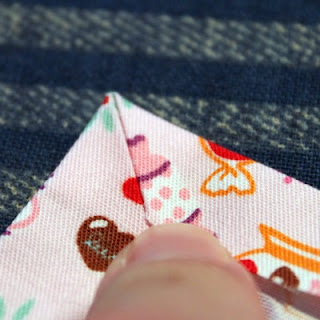 Mitering corners occurs where two hems overlap at a corner, often within a quilt, or something like a napkin.  It is often desirable to remove some of the extra thicknesses of material.  A mitered corner eliminates bulk. During these cold winter months a lot of us like to enjoy our coffee on the go.  I know I do while chauffering one or more of the five kids back and forth from their many activities.  I also like to have a cup of hot chocolate when the boys are playing a game at the rink.  The problem is, my cocoa gets cold very quickly at the rink and I end up with this… 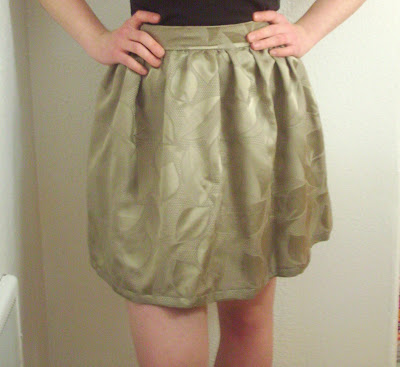 How to sew your own unique cording/piping 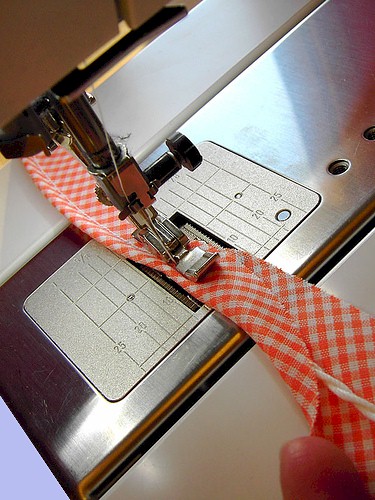 If you read my custom fabric button article, I showed you how to change the buttons on a plain black jacket. The buttons were a good start, but it needed more work. So I decided to add another fast and easy technique. I made my own colorful and unique cording to embellish the jacket. Not only is this cording technique great for embellishing clothing, it can be used for purse straps, to make jewelry, and to embellish other projects.…

Do you love the look of modern fabric shades but don't want to spend the cash?  If you have the following supplies, you'll be able to make some of these shades in a snap: