Here now.... haven't been for quite sometime!
School started again back in March, graduation is next month, and I sure do miss sewing! I've not made anything in quite awhile, have some ideas in my head, but nothing definite yet.
I want to start coming back around more. And intend to try...

Well, I did get my sewing room cleaned yesterday, in the midst of dd# 4 coming over to show off her new car.... a very nice one, really! And we are very proud! And gs playing and running through the house (a welcome sight and sound...). Of course, then having a clean sewing room made me want to sew. So I made these 4 butterflies on my embroidery machine. My favorites are the blue one and the orange one..... I see the big red, yellow, green and… Continue

I didn't get wash hung out yesterday like I wanted to, but I had worked the night before, and slept till 1pm! (I usually feel lazy the 1st day I am off!)

Hubby and I did get some grocery shopping done, so that makes me feel better. At least the cupboards are full again for the children… Continue 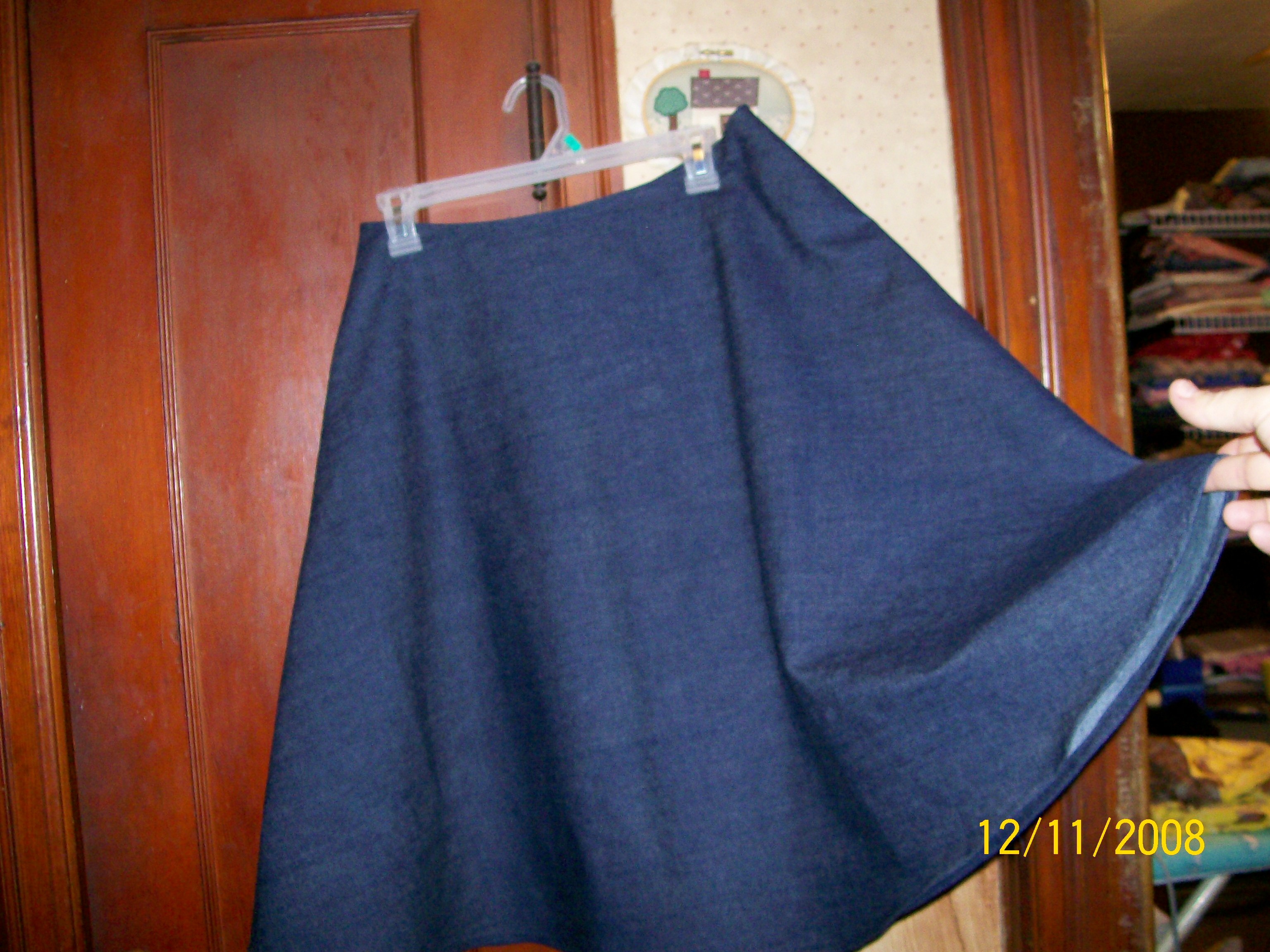 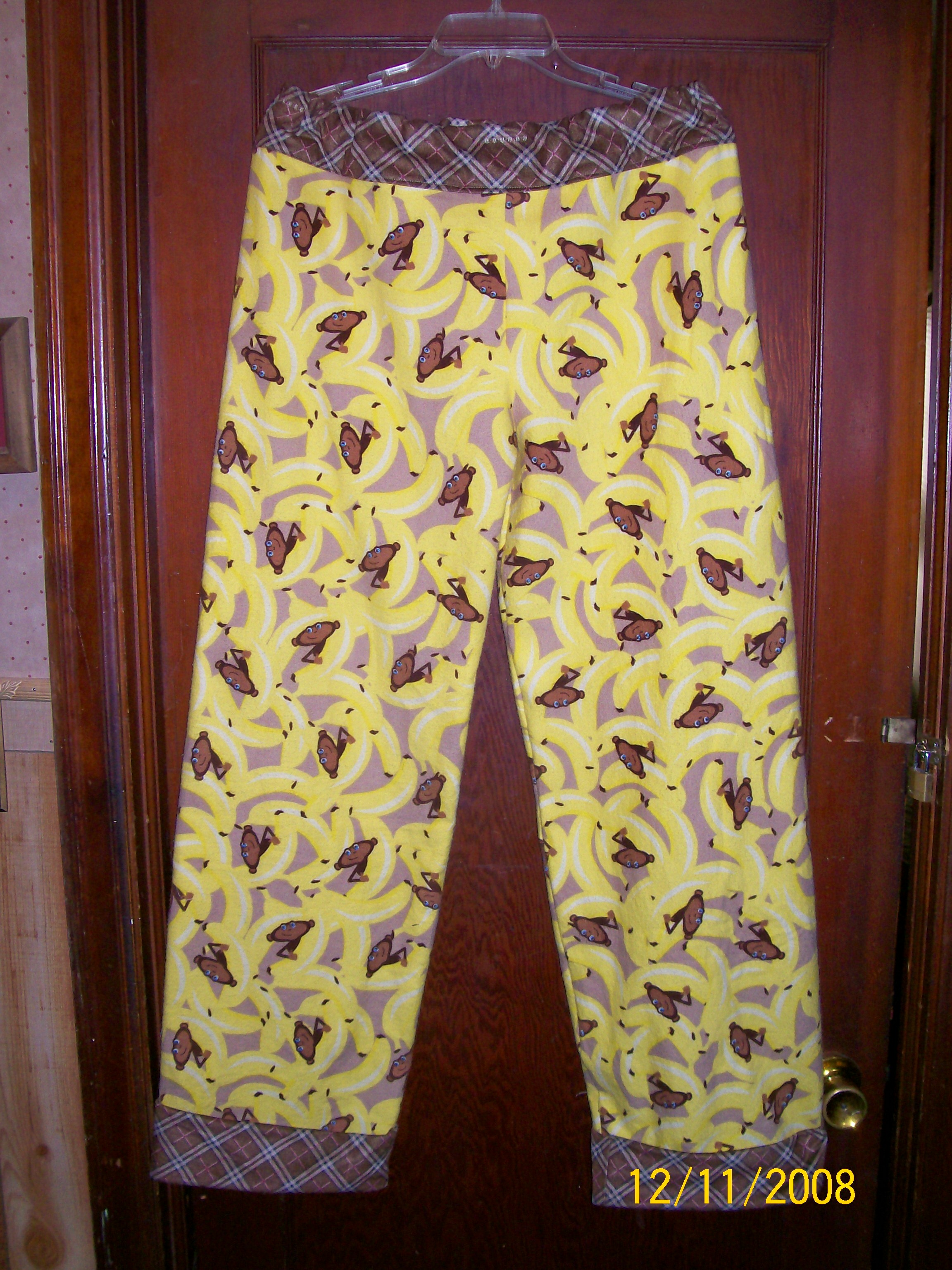 Worked yesterday on an apron...

for my Mom in law for Christmas! DH likes it, and so do I.. I only hope she does! She likes bright colors, and all I could find in my stash was a pretty old fashioned print (more my style), but I added some big red rickrack for accents, and used red buttons on the back.
Today, I am going to get Abby's skirt made. DH sharpened my scissors for me already this AM, so I had better get busy and see about this skirt today!

I went to JoAnn's yesterday, trying to contain myself (did fairly well too... bought what I went for!), ended up buying a pattern for skirts for the girls and a slacks and shirt pattern for our son.
We've decided to send them to a Christian school (after homeschooling for 2 years), and they will need "professional dress" as it states in the handbook.
I am going back to school myself in March and cannot think of any way possible to effectively teach the children while trying to learn… Continue

Things I have been working on.... 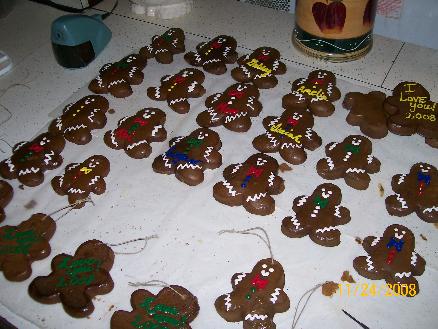 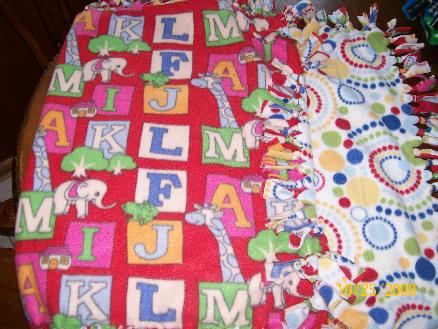 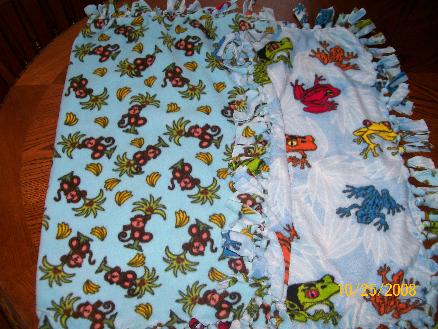 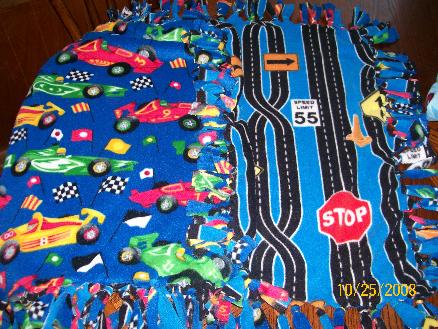 It appears I have been doing more crafting type things than actual sewing, but I made some gingerbread christmas ornaments and have made fleece blankets for grandchildren this year as gifts. I am working on an apron for my mom in law as a gift, and will post pics of that as soon as I quit arguing with it... LOL! I am… Continue