I made 2 bags last weekend!

Okay when I say I made 2 bags over the weekend, you would be forgiven for thinking they were 2 of the 3 patterns I had just bought.

You would be wrong!

Admittedly the first bag was one I had just bought, The Josy Clutch by Sue Kim of ithinksew.com

I actually bought this pattern from her Etsy shop sewingwithme3   (Now 50% off!)

I had remembered it from the post I did on her in the Sewing Purses Totes and Bags Channel last November (http://sew-whats-new.com/group/sewing-purses-totes-handbags-free-pd...) 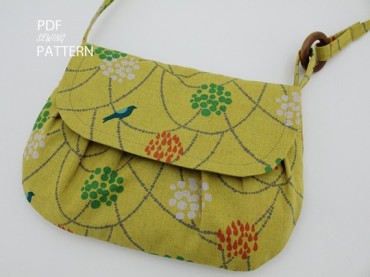 Anyway this was the bag I wanted to make as I liked the shape.  I printed off my pattern pieces then enlarged them by 25%.  I wanted to recycle a rather nice wool skirt my MIL had donated, and I added fusible fleece to the lining. 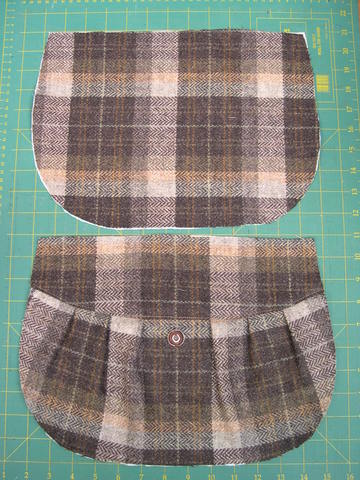 Which meant it was bulkier than the suggested material, and I made the mistake of fitting the magnetic catch before the bag was complete.  I KNOW IT’S AWKWARD TO DO INSIDE THE LINED BAG BUT IT DOES END UP IN THE RIGHT PLACE.  So why did I do it when the instructions said so?   Instructions that were NOT for a bag bulked up with fleece?  So now it pulls.  I couldn’t drop the flap lower as I had cut the corners but I  trimmed it down to remove as much bulk as I could.  I had spent all that time matching up the lines in the plaid too, sigh... I added a zipped pocket inside, and a divided slip pocket opposite, with a flap with Velcro over one section so my mobile phone will be safe!  Lined up the pattern on the flap too!  I could have done it in the same lining fabric, but this was prettier.  Each to their own.

I had decided I liked the look of the ring in the handle, so I put one at both ends instead of just one end. My sister liked this feature on the last bag I made for her as she could clip her keys to the rings! 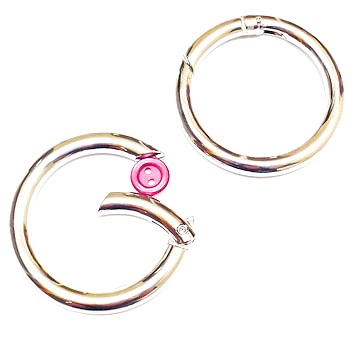 I used these Silver Spring Gate Hinged Rings (1 ½ inches) from u-handbag.com which means you can add them when you are finished, and not have them clunking around while you sew the bag. 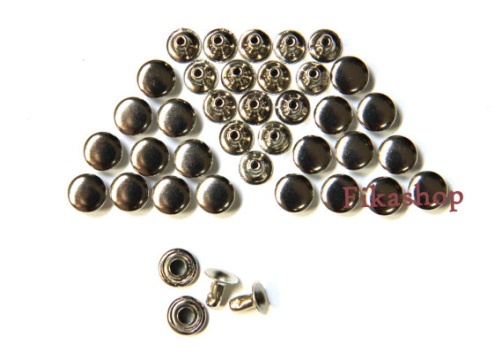 I also wanted to fix the handle and loops with rivets, but I couldn’t source any in the U.K. so I bought some from an Etsy Store called ‘fikashop’.  I managed to get a clearance sale offer of 50 sets of 6mm silver, round cap rivets, but as they are coming from South Korea they won’t arrive for a couple of weeks.   So while I wait for them to turn up I have sewn them together, and here it is... 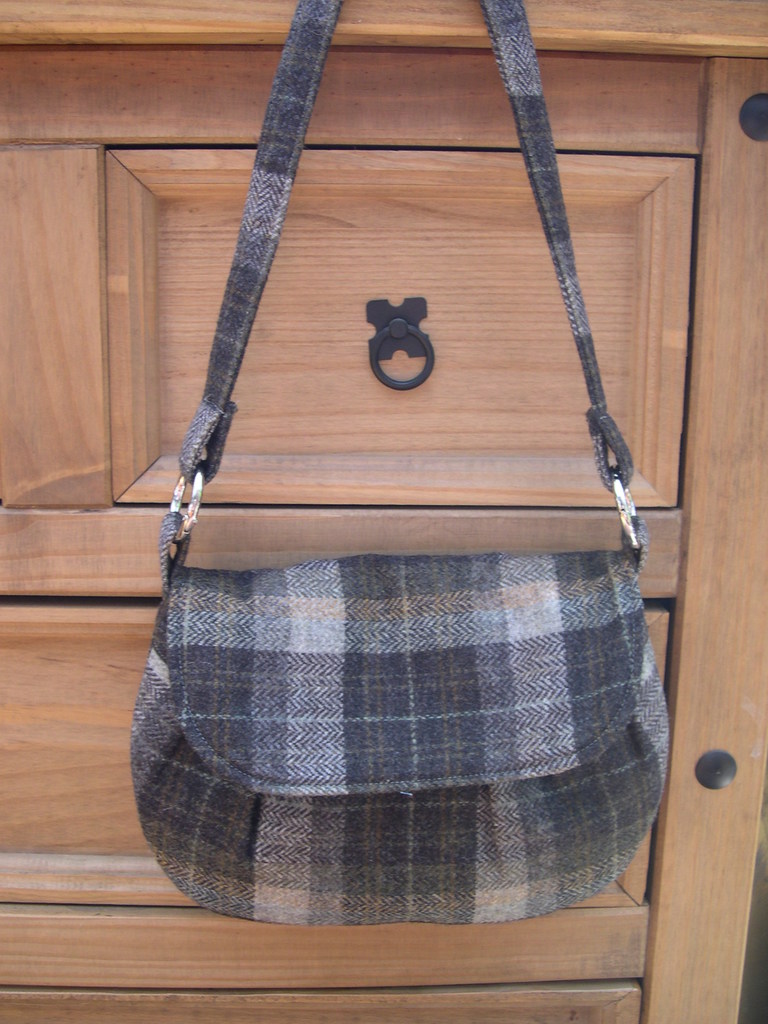 ...and the pull on the catch doesn't look so bad now!

So now I am waiting for rivets,  and another bag pattern caught my eye!  But that’s another story…. 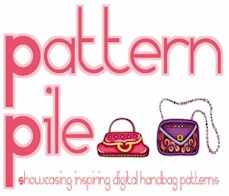