I had a very productive day. 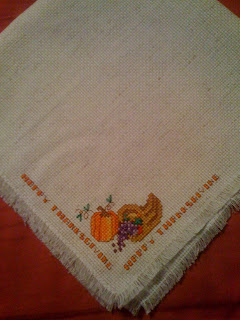 Here is the bread cloth for The Coach. It took me a lot longer to finish it than I had figured. I had calculated around an hour or maybe an hour and a half would be all that was needed to do the outlining and the message. Three and a half hours later I took the last stitch. I hope she likes it. 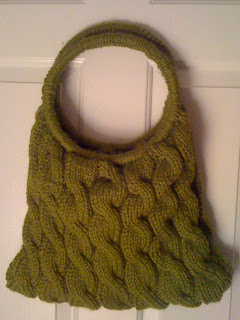 Here is The Coach's birthday present. I have knitted things for both The Chef and The Son but never anything for The Coach so I told her to pick something and I would make it for her. So on one hand she knows I'm making it for her. She doesn't know it's finished and I'm giving it to her for her birthday. 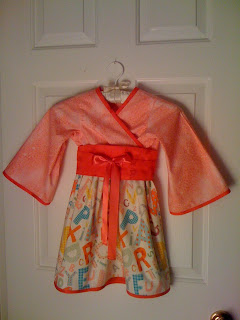 And, here is the final project for today. A kimono dress for The Princess. The Coach had asked me about making a dress in this Asian style for The Princess. I used a ModKid pattern, Kyoko. It was surprisingly easy. The one thing I was disappointed in was the amount of fabric the pattern called for to make the bias tape. The pattern said to buy 1 yd. So I did. And I cut it all into bias 2" wide bias strips. And now I have so much leftover. I'll have to find some project where I can use it.

I finished all three projects I had designated for today's marathon sewing session. And, I got in my 4 mile run! Good day today!