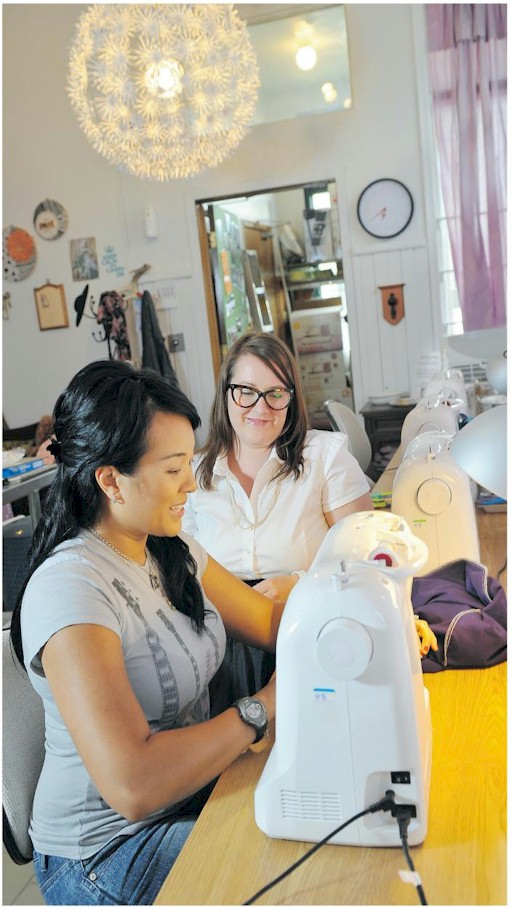 Angela Kelly teaches everyone from kids and moms to whoever wants to learn how to sew. Here, Stella Chamberlain sews bikinis to sell in Asia, with proceeds going to charity.

'Sew, what are you doing this summer?'

Jason Wadanabe is stitching a collection of men's and women's blazers - eight of them.

'I'm turning 21 this year on Aug. 22nd, so I want to do something special,' says the budding couturier fashion designer.

Putting together his first official collection allows him to hone his sewing skills, giving him an edge, he says, over other students returning for a third year of studies at the prestigious Parsons The New School for Design, in New York City .

'At Parsons they don't give you actual techniques for sewing,' he explains. 'They want to root you in fine arts.'"  read on